Casey is an American lifestyle vlogger better known for his creative daily videos, and short movies that he posts on YouTube.

Having started his channel in 2010, Casey Neistat has gone on to become one of the most famous (and richest) YouTubers in the world, with over 11 million subscribers and an estimated net worth of $18 million.

In light of all his achievements, one question that lots of people ask is, what is Casey Neistat’s net worth? Over the course of this article, we are going to discuss that, and also take an in-depth look at the life and times of a man who’s arguably YouTube’s biggest star.

What is Casey Neistat Net Worth in 2020? 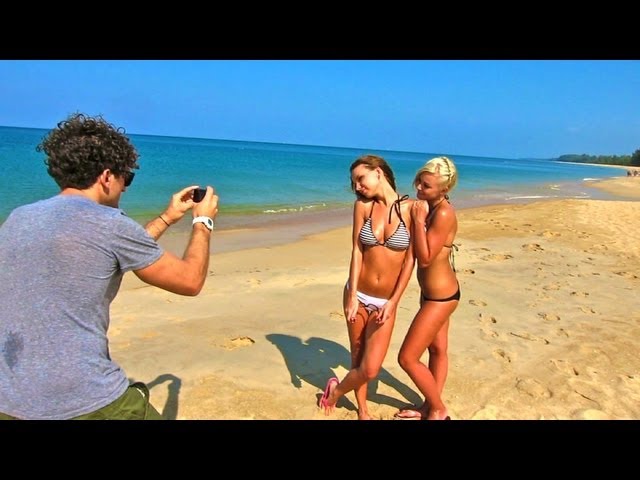 As of January 2020, Casey Neistat’s net worth was estimated to be around $18 million.

That is quite an impressive feat, considering Casey stopped his daily vlogs – which made him famous in the first place – somewhere in 2016.

Much of Casey Neistat’s net worth can be attributed to his smart business deals rather than his YouTube income. For instance, he received a $25 million paycheck, on top of a lucrative management position, when he sold his fledgling video sharing platform, Beme to CNN in 2016. Source Wikipedia.

How Much Does Casey Neistat Make?

By looking at famous vloggers like Casey you can learn much faster how to make money vlogging.

Casey Neistat has over 2.7 billion views on his YouTube channel, which translates to an excess of $5.4 million, considering YouTube pays out between $2000 and $3000 for a million views.

Further, being a very popular and influential figure in the social media sphere, Casey has corroborated with tens of brands, including Fly Emirates, SeatGeek, Nike, Mercedes-Benz, and Amazon.

While the exact amount of money he makes from these brand endorsements is not public, they most likely range between 6 and 7 figures.

In almost all his videos, there are affiliate links for various products, from HD cameras to plane tickets to the Middle East, and he definitely earns a good commission, as his videos average 2 million views, with at least a few thousand people purchasing from the affiliate links.

In November 2017, Casey – in collaboration with celebrity e-commerce site Fanjoy – launched his own merchandise line, primarily consisting of hoodies and t-shirts.

At one point, the merch sales were raking in $30,000 in monthly profits, and we can assume Casey has made a tidy sum from the same through the years.

Casey Neistat was born on March 25, 1981, in Gales Ferry, New York where he spent his early childhood. At 17, he dropped out of school and moved to New York City, ostensibly to chase his dreams.

Soon after moving home, his girlfriend delivered his first child, Owen, and Casey was forced to work some odd jobs, including as a bike messenger, to support his nestling family.

He also started making short movies around this time, but it wasn’t until 2003, when he was 22, that Casey Neistat burst into the public eye courtesy of his video ‘iPod’s Dirty Secret’.

The short clip, which made fun of the extremely short lifespan of iPod batteries and further denigrated Apple for not offering replacements, was covered by the biggest news organizations in the US at the time, including CBS News and Washington Post.

This effectively gave him nationwide traction, and a ready audience for his subsequent projects, starting with the Science Experiments series.

In regards to his personal life, Casey Neistat is married to South African jewelry designer, Candice Pool, with whom they have two little daughters, Francine and Georgie. Being a New York native himself, Casey lived in New York for the better part of his adult life, but he, later on, moved to Los Angeles.

Once in a while, He rallies his fan base around a good cause such as the Charity Water Campaign where he and his fans pooled together over $20,000 to help provide piped water to people in developing countries. He also made waves early on in his YouTube career (2013), when he donated $25,000 – which he had received from a major film studio – to victims of a typhoon in the Philippines.

As mentioned earlier, Neistat started doing odd jobs right after high school until he was 20 (in 2001) where he started making videos about his daily life, together with his brother Van. They at one point partnered with renowned artist Tom Sachs for a series of videos about his sculptures and art pieces.

However, Casey Neistat didn’t hit it big yet until 2003, where his newfound notoriety from iPod’s Dirty Secret gave him the opportunity to take his video content to the next level.

Soon after, the two brothers started shooting a series of random scientific experiments, which they titled Science Experiments.

The series gained popularity after being featured in the 26th Sao Paulo Biennial event in Sao Paulo, Brazil. The climax of Casey’s early career was when Science Experiments was featured in the 59th Minute Program by Creative Time.

Casey Neistat net worth hasn’t been built in a snap.

Casey’s career in the big stage formally kicked off in July 2008, when he and his brother inked the deal with HBO for the Neistat Brothers’ reality series. The series was written and directed by the two brothers, working in collaboration with the likes of Tom Scott and Mason Daugherty.

In February 2010, he uploaded a video on what he thought were the acceptable circumstances for trains to use the emergency brake cord. The video was quite controversial, which only gained him more fans.

Over the years, he has uploaded lots of viral, and deeply controversial content on YouTube, including one where he was campaigning for Hillary Clinton in the run-up to the 2016 polls while using denigrating language for supporters of Donald Trump.

In 2017 he posted a video addressing PewDiePie‘s inappropriate anti-Semitic jokes. 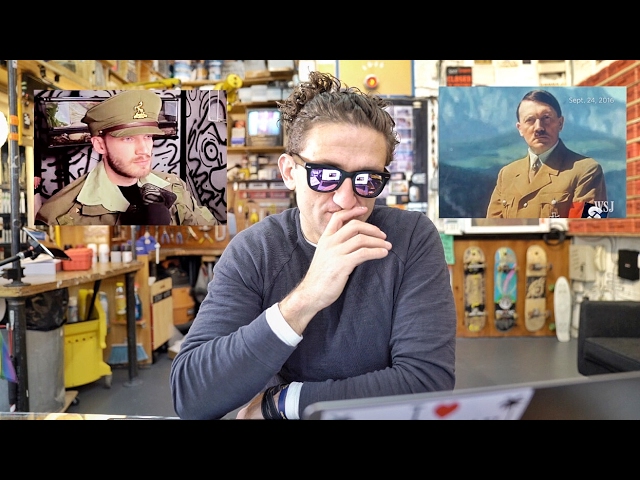 In addition to his regular vlogs, Neistat has also worked in a number of advertising campaigns, most notably the Nike Make It Count promo. He has also done a few public speaking gigs, including a TEDx Talk, and a public lecture at the Nantucket Project.

I'm Stefano, the guy behind VloggerPlanet. I'm an online entrepreneur. I specialize in growing online traffic, with several years of experience in video making, photography and web development. I'm here to help you launch, grow and make money with your YouTube channel.

I’m Stefano, the guy behind VloggerPlanet. I’m an online entrepreneur. I specialize in growing online traffic, with several years of experience in video making, photography and web development. I’m here to help you launch, grow and make money with your YouTube channel.